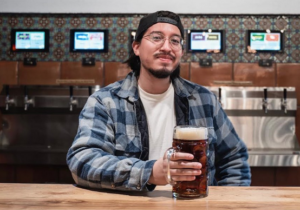 Welcome to ProBrewer.com, a resource serving all trades of the beer business. Within the pages of ProBrewer.com, you will find numerous tools and materials to assist you in your endeavors within the beer business, from the technical side of brewing to sales and distribution - and everything in between. ProBrewer.com is dedicated to empowering the beer industry through the dissemination of comprehensive, current and relevant information.

How To Create Or Improve Your In-house Tasting Panel

Creating an active, engaged in-house tasting and sensory program should be top of mind for brewers of every size. You spend so much time planning, brewing, cleaning, and often just trying to survive, outsourcing the beer sensory element of your business to consumers in your taproom or even machine or lab testing can be tempting. While there is great value in using lab work or your frontline tasters as part of your overall mechanism for ensuring product quality, it remains crucial to have a diverse array of brewery employees routinely taste and assess the quality and consistency of the beers that you produce. Let’s take a look at some key points in creating a tasting and sensory program.


Flottweg’s highly efficient beer centrifuges meet the specific requirements of breweries while optimizing the entire process for maximum yields with the utmost level of quality.

After years of failed attempts to modernize some of the state’s restrictive alcohol laws, Minnesota Governor Tim Walz signed into law yesterday the ‘Free the Growler’ bill that will allow breweries up to 150,000 barrels in annual production to offer growler sales, up from the current 20,000-barrel cap.

The state’s six largest craft breweries which include Castle Danger, Fulton, Indeed, Lift Bridge, Schell’s and Surly will still not be able to sell growlers under the new cap.

The new law will also allow smaller and medium-sized breweries to sell four and six-packs from their taprooms. And it would allow micro-distilleries to increase the number of off-sale products they can offer. Other allowances were included in the bill such as allowing resorts to sell beer with an alcohol content higher than 3.2%. But 3.2% will remain the standard for grocery stores and convenience stores.

More on the legislation here.

Beverage Industry News» News From The Breweriesposted May 20th, 2022 by Tom McCormick

Adroit Theory Brewing Company of Purcellville, VA has set of a series of responses after releasing a “Murder Box” of four beers, each named after a serial killer.

Why and How to Encourage Outside Training for Your Brewery Employees

Your team is set, and the business is humming along. Employees seem happy, the customers are keeping the coffers full and the tanks busy and for the first time in a long time you, as an owner, have a moment of peace and calm. Then reality sets in and thoughts of the future creep into your brain.

Beverage Industry News» News From The Breweriesposted May 18th, 2022 by Tom McCormick

Chris Jackson, founder and president of Seismic Brewing Company in Santa Rosa, CA has announced that he and his wife Ariel will purchase Golden State Cider of Healdsburg. The cidery was founded 10 years ago and uses locally grown apples for its production.

The American craft beer industry likes to talk about being small and independent and removed from big business culture. Living in the realm of small business it cultivates a scrappy and local image that resonates with a lot of consumers.

Vermont Passes Legislation to Give RTD’s a Tax Break

The Vermont Legislature has passed a bill that will lower taxes on spirits-based ready-to-drink beverages. As in most states, Vermont currently taxes spirit-based RTD’s at the same rate as all other distilled spirit beverages.

Brewer /Assistant brewer available in Knoxville or willing to relocate to Colorado
posted: 2 weeks ago in Brewer/Assistant Brewer