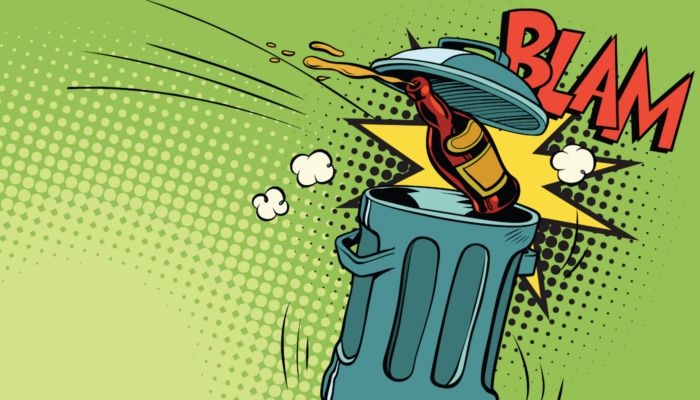 Long before SingleSpeed Brewing Company opened its second location inside of a once abandoned Wonder Bread factory in 2017, founder Dave Morgan had been thinking of ways to reduce the brewery’s carbon footprint and focus on recycling and sustainability.

“We were fortunate that we had the opportunity to set it up the way we wanted to do it,” says Morgan of the Waterloo, Iowa location. “We knew there would be waste streams but in designing the plans we could reduce those as much as possible.”

Breweries have long been mindful of their environmental impacts, and many have worked to reduce waste and reuse items when possible. From big ticket machinery that can recapture CO2 in the brewhouse to simple collection points, having a recycling plan for a brewery is a selling point to customers and it is just the right thing to do.

The SingleSpeed space is huge: 35,000 square feet including brewery, restaurant, and patio. Being in food service there is the chance for waste creation. Morgan says the team has worked hard to dial in appropriate portion sizes to reduce waste, but also took the step to make sure that every trash can in the brewery has a connected compost bin and recycling bin.

Proper use is part of onboard training, just like learning to use a point-of-sale system or standard operating practices. Recycling is single stream in the area so staff is well aware of what goes in those bins versus trash. The region does not have a compost program so Morgan says the brewery pays a few thousand dollars a year to a local compost collector, although some of that cost is offset by smaller landfill bins.

Like so many other breweries, spent grain from the brewery goes to local farms, and Morgan says that is concerned about feeding cattle thanks to subsequent methane releases; it is still better than rotting in a landfill. He is continually looking for farms that could use spent grain to grow mushrooms or be used as chicken feed.

“We’re always going to be looking for better ways it can be used,” he says.

Looking around to other industries nearby where there might be synergy takes work but can often yield good results that reduce overall waste. Listening to consumers as well can have an impact.

Recently the brewery began collecting used Pak-Tec holders after reading about how they are sometimes not properly sorted at a recycling plant or discarded. Customers too had been asking about returning empty ones to the brewery.

A collection bin was set up near the entrance and customers returning any of the holders, even those that did not come from the brewery, can get a punch card that when filled is good for a beer at the bar.

It’s had organic growth that has built over the last several weeks, Morgan says, and was helped along by a social media push.

Doing the right thing is not only important to our brand, but also just important,” says Morgan. “Sustainability is important and we’re going to foster the practice of reduce, reuse, and recycle.”