» Production » Beyond Beer » Keith Villa on CBD and THC in Drinks: Now and in the Future 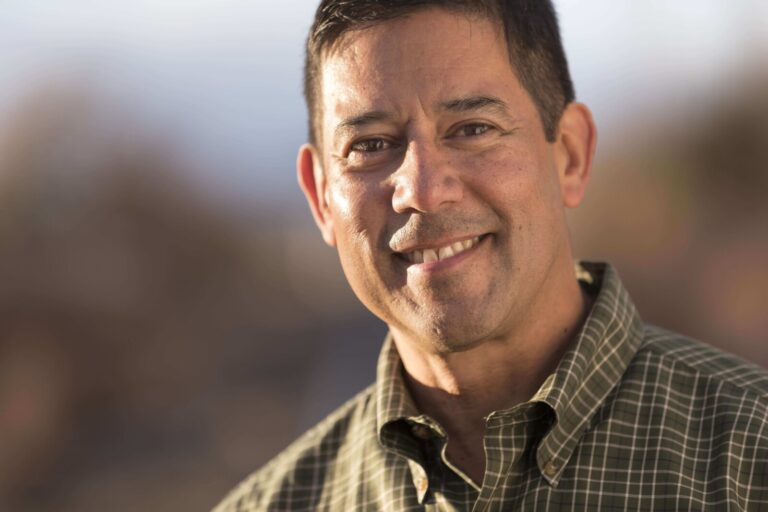 Keith Villa on CBD and THC in Drinks: Now and in the Future

The buzz around CBD and THC infused drinks has steadily grown in recent years, from faint whispers to celebratory screams. Once a pipe dream for cannabis enthusiasts, spiked seltzers and other beverages are increasingly big business. And near the center of the action is an unlikely advocate, the creator of the famous Blue Moon Belgian White.

Keith Villa spent more than 30 years working for various permutations of Coors, including as the founder and head brewmaster of its Blue Moon Brewing Company. With a doctorate in brewing science, Villa has long been a student of the minute details of brewing. After retiring from MillerCoors in early 2018, Villa turned his hunger for knowledge to a new area: brewing non-alcoholic beers. He and his wife Jodi co-founded Ceria Brewing Company and released Grainwave, a Belgian-style White Ale, and later a non-alcoholic IPA called Indiewave. From there, Villa became interested in infusing his NA beers with both THC and CBD. He dove into the subject matter, researching all manners of production and exploring all the related details. It culminated in Ceria’s release of two infused beers and in late 2021, the release of a book, Brewing With Cannabis: Using THC and CBD in Beer. We recently spoke with Villa to explore the growing interest in CBD and THC drinks and to get some advice on how brewers can get involved with this expanding product area.

Understanding What Is Legal And What Is Illegal

“The number one item to be critically aware of is that it is federally illegal to do anything with marijuana and I think a lot of brewers don’t understand that,” Villa says. It remains illegal under federal law for brewers to add THC, hemp, or marijuana to their beers. Brewers risk losing their federal brewers permit and their livelihood if they mix THC and alcohol. Some states have, however, legalized the use of THC and CBD in non-alcoholic drinks. That is why Ceria and others focus on non-alcoholic beers or seltzers. “Since none of our products ever had alcohol, we’re rarely looked at by the authorities,” Villa notes.

Due to the nature of federal and state laws, Ceria currently brews and distributes its THC and CBD infused beers only in Colorado and California. Villa closely watches the changing laws in states such as Michigan, Illinois, New York and others. “California is the single largest legal cannabis market in the world so being in California is a great thing, because it’s just such a huge marketplace,” Villa says.

Getting the Dosing Just Right

When Villa first started exploring how cannabis could be used in brewing, he focused on the dosing. In finding the right balance, he played around with different milligram levels before settling on a formula. “As I started doing the research, the missing link was that people had no clue as to how many milligrams it took for them to get buzzed or just relaxed,” he says. “So what we started doing was bringing cannabis to the masses in a socially acceptable format, meaning beer, because smoking is becoming so antisocial and additionally educating people as to how many milligrams it takes for them to get buzzed or relaxed. With Belgian White, we would dose with five milligrams of THC. And that roughly simulates a five to six percent alcohol beer. I guess our thesis was that people could learn that five milligrams is roughly equivalent to about five to six percent ABV and then they could just experiment with the feelings they get and then gradually learn how much it takes for them to enjoy themselves. And the same thing with our IPA, that’s 10 milligrams, so that’s a stronger one and simulates a pint of strong IPA, where most people will get a buzz.”

Villa also found that with the higher doses of THC, it helped to add a one to one ratio of CBD to reduce anxiety and other side effects and mellow out the buzz. “The net result is a beer that can give you a buzz similar to a strong IPA, and the CBD will keep you calm,” he says.

Villa is also keeping his eye on whether federal legalization of cannabis occurs. Until that time, to date 18 states have legalized some form of recreational cannabis. Each state, however, has enacted its own set of complicated and often conflicting regulations governing the sale and production of cannabis related products, leading to headaches for producers. “Without federal legalization, there’s a whole mishmash of regulations across the states where it is legal,” says Villa. “Each state has different warning signs, different criteria for labeling, just everything’s different. And it makes it very difficult for a consumer product company to supply cannabis products, because you’ve got to adhere to each state’s regulations.”

Another substantial challenge for producers is that once a product has cannabis in it, it cannot cross state lines, even from one legal state to another. “Because of that, you have to set up shop in every state where you want to do business,” notes Villa. “And so that makes it prohibitively expensive for quite a few brewers. You could sign a contract and produce at a co-packer that you trust, but again, it’s very difficult without federal legalization. Now, if we see federal legalization either soon or by the 2024 legislative session, which is when most people believe legalization will happen, then it will become way easier to do business on the cannabis side. And we’ll see regulations that are federal, so you could just package with one package type and distribute across the United States.”

If federal legalization occurs, that is when Villa expects the big breweries to embrace THC infused beverages. “Once you understand the regulations and it’s federally legal, then it’s almost like ‘game on’ and everybody’s going to start to jump in.” And with breweries struggling to maintain market share against other alcoholic beverages, brewers are looking for new areas to explore. “It’s no secret that if you look at the world of craft brewing, sales have softened up,” Villa says. “A lot of craft brewers have gotten into different trends, whether it’s making ready to drink (RTD) cocktails, or hard seltzers, or even non alcoholic beer, they’re jumping in because at the end of the day, these craft brewers have to pay their bills. And so they need sales and they’re hungry for anything that can make them money. And cannabis is one of those things that will make them money when it’s federally legal.”

A Socially Acceptable Form Of Cannabis

Besides consuming THC infused beverages at home, the next logical question for drinkers is when will they be able to enjoy these drinks in a bar or restaurant. Villa says the future of such social occasions is murky at best but he remains hopeful. “When most people think of cannabis, they think of the flower, it’s just buds, buying buds, and putting them in a pipe, or rolling joints and getting high that way,” Villa says. “But for us, that’s the antisocial way to use it. We want beverages where people can know how many milligrams they’re consuming, and really learn how much it takes for them to get relaxed or get a buzz. And we want people to enjoy it in a real social way, not sitting by themselves getting high.”

More advanced markets, such as Colorado, are starting to allow for on premise consumption of THC related products. “We’re already starting to see the shoots coming out of the ground in the form of pubs in Colorado,” says Villa, noting that one opened earlier this year. “And so now there is one place where people can go and consume, safely, and then really have a good social time. So our products are at the bar. And I think everybody’s really studying it to see how successful this is. Because if it’s successful, there’s going to be a lot of these things opening up in Colorado. And when we look at California, we see the same thing over there with bars opening up where people can consume on site. And so I think, in the future, we’ll see bars specific to cannabis. But I don’t think we’ll ever see bars that serve cannabis and alcohol together.”