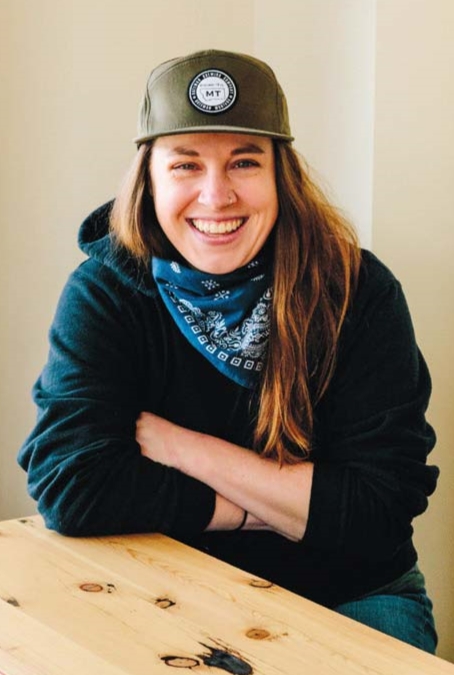 Craft Malt Isn’t the New Kid on the Block Anymore

There is a lot of talk and interest in the growing craft malt industry. The niche agricultural sector is bringing a lot of local flavor to beer (and spirits) and reviving heritage malts that bring new dimensions to the glass.

John Holl: How has the 2022 season for craft malt turned out? Are there any highlights?

Jesse Bussard: In North America, things for malting barley on the farming side are up all around – bushel weights, yield, acres planted and harvested. It’s much the same in craft malt production. In 2022, craft maltsters will produce an estimated 24.7 million pounds of craft malt, an impressive 60% increase over just three years ago.

In the past decade, we’ve gone from 8 founding Member Malthouses to nearly 70 today.

There also have been and continue to be challenges – mostly in the form of the ongoing pandemic, climate change, and inflation. Supply chain hang-ups and worker shortages are posing difficulties for some of our Member Malthouses.

Drought and extreme weather events are persistent themes in the conversations I have had with those across our membership. You have to remember we represent small, independent producers across the entire North American continent and some internationally, so there’s a lot more variability in experiences.

But no matter where they are, climate change is affecting them in both the smallest and sometimes biggest of ways. Drought and extreme rain events continue to lead to quality issues which then cause further problems down the supply chain.

John Holl: Has there been continued innovation and what should brewers be looking for when it comes to craft malt?

Jesse Bussard: A resounding yes! On the plant breeding side, there is a lot of exciting innovation happening and craft maltsters are actively working with university researchers to develop new regionally adapted malting barley varieties.

One new line in particular called Avalon, developed by Virginia Tech University’s small grains breeding program is ten years in the making. While it’s been available for a few years, it’s finally yielded a large enough harvest for Southeast maltsters like Riverbend Malt House and Murphy & Rude Malting Co. to begin to produce commercial malt for sale with it.

On the other side of the country in the Pacific Northwest, Admiral Maltings is collaborating with Oregon State University to assess agronomic performance and malt quality and flavor attributes of a new cross between the storied Maris Otter variety and modern germplasm from Germany.

They are optimistic about its potential as a new variety for craft brewers. As winter barley, it also has agronomic and ecological benefits which lend it suitable to the growing region where it’s being developed – the water-limited Klamath Basin. It will still be a few years until brewers can expect to be able to readily buy malting barley made from an American Maris Otter descendant, but it’s definitely something that is possible in the next decade!

Some even go as far as to details down to the field level by providing GPS coordinates for each crop’s growing location on the farm.

One maltster in Canada, Maker’s Malt, is taking this concept further by helping to pilot a blockchain traceability project. Working with a company called Grain Discovery, they believe it could add value to Canada’s malting barley proposition.

John Holl: As you look at the overall craft malt industry what are some highlights and what is the 2023 outlook?

2023 production is projected to top out at 31.8 million pounds, another 30 percent rise on top of the current growth we’ve already seen this year.

The industry is coming of age and the Guild’s centering on the ideals of community, collaboration, and education to hold craft malt to the highest standards has been a foundational part of that happening.

Coincidentally, 2023 also marks the Craft Maltsters Guild’s 10th Anniversary as an organization. We’ll be getting together to celebrate this major milestone in Portland, ME.