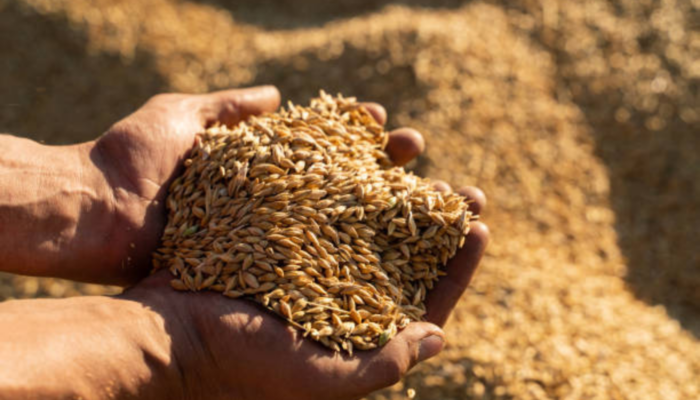 The new year began with a host of challenges for American brewers and raw ingredients are no exception. There are, however, some bright spots amid the worry in the malt industry and Jesse Bussard, the executive director of the Craft Maltsters Guild says there are three things every brewer should be thinking about.

Malt is going to be more expensive this year. Climate and environmental issues impacted the harvest in certain regions this year, she says. “Heat, drought, and heat stress led to lower yields, in some places,” Bussard says. “There’s less malt to go around because of that.”

The cost of barley will also rise due to an increase in shipping costs. Inflation continues to cause havoc with the price of ingredients and there is little indication that it will slow at any time.

Add to the fact that shipping times have been impacted because of the pandemic, even malts from overseas, including Weyermann, will likely be harder to source for smaller breweries.

“It’s been the perfect storm of things creating a scenario that will make it challenging for malts this year and in the coming years,” she says.

Climate change and extreme weather events have caused issues for maltsters. During the 2021 growing season there was drought and heat stress on the fields. In the east there was a glut of rain, especially around harvest, that impacted the crop, including early sprouting.

“Not everywhere in the U.S. had a tough growing season, but the major barley growing areas were impacted,” Bussard says. “Parts of the Midwest and New England though seemed to fare well with barley. The maltsters are reporting back that they have a great quality harvest.”

Still, maltsters in Montana, Wyoming, and Idaho had challenges that brewers should be aware of when placing orders. Knowing the specs of the malt before milling and brewing can help brewers adjust a recipe accordingly.

Some of the weather issues can alter beta-glucan levels in barley that, if left unchecked, can cause brewing problems down the line.

“Working closely with a maltster and having an understanding of the malt certificate of analysis is going to be important,” she says. “Figure out how the malt can impact your beer and then get ready for some tweaking.”

Brewers of all sizes are routinely looking towards local maltsters and are finding not only quality grain, but also personalized service and the ability to contract specialty malts to make unique beers.

“Not every brewery is going to turn to craft maltsters for every beer, but it’s an option for some beers,” she says.

Small maltsters are also working to create products comparable to larger maltsters, which can be especially helpful as options from overseas become more difficult to source or cost more. There is also a personalized service aspect. Bussard, who does represent small maltsters, says her members are often eager to work with brewers to deliver exactly what they are looking for.

“I feel like craft malt is having a moment and we’re finally being noticed by the full industry and getting some legitimacy as an option,” she says. “Craft maltsters are not some boutique thing. With climate change, supply issues, and a reliance on local and regional food systems, these small maltsters are more important now than ever.”

Brewers working with maltsters closer to their brewhouse will also have better peace of mind for timely access. Seeing an opportunity as well as steady business, Bussard says that many small maltsters are planning expansions and adding larger floor malting spaces.

“A year ago there was some concern but now the craft maltsters are in a completely different mindset and everyone seems really positive,” she says.