“Most craft beer drinkers are more familiar with oxidation than most brewers would like,” states Brooke Gushen, packaging supervisor at New Belgium Brewing in Ft. Collins.

“All beer oxidizes and ages at some point,” she continues. “But there’s a lot brewers can do to prevent oxygen from being introduced. Packaging is a point in the process where you typically see the most pickup because it’s a small volume of beer, and those cans, seconds before they’re filled, are exposed to ambient air.”

Dissolved oxygen (DO). When trapped inside canned or bottled beer it shows its age and fury by accelerating the natural aging process of the beer and thereby staling it before its time. With the majority — or at least the plurality — of oxygen potentially entering the finished product more rapidly during packaging than at any point upstream, every packaging brewery should take measured action to restrict, reduce and measure the amount of DO (and its accomplices, total package oxygen [TPO] and shaken DO) that goes home with the couple who just bought your four pack.


Below, four of the nation’s top craft brewers and packaging managers tell us in their own words where they go for their DO knowledge and share the details that you need to know if you’re considering upgrading your oxygen game. (lightly edited for clarity and structure)

The main time we find DO pickup is during canning. Our filler is open to atmosphere until the lid is seamed into place. If the product isn’t in perfect temperature and carbonation spec., you can have huge DO pickup.

Having a device to measure DO in package is imperative for knowing that it is an issue in the first place. From there, it is talking to other breweries with the same can filler and experimenting with what works best for our product and equipment.

The environment has to be the perfect temperature so when the can lid comes on it sits right on the foam — but no so much foam that you have a low fill. When they’re not getting enough foaming it’s usually too cold or it’s carbonated at a really low level, says Gushen, who chairs the MBAA technical committee and presented the talk “–” at CBC in September 2021.

When you’re filling cans you’re going to have a tube that’s going to the bottom of the can. You want to use a low pressure of CO2 because if you have a blast of CO2 you’re mixing that CO2 with the air that’s in that container and not necessarily displacing it.

When you’re filling a bottle the first thing that should happen is a CO2 purge. If you have a one-head filler typically put a tube in it and wait for it to displace air in the container then move it to a filling station. You might fill it until the head space is completely full of foam — so the foam will displace that head space — then put a crown or stopper in it.

if you have a rotary filler, they have a super fine spray of water high pressure. It displaces the CO2 so instead of having a foam mix of c02, nitrogen, o2 you have mostly co2 and that’s what you want.

Dissolved Oxygen – The measurement that is taken directly from a fermenter, brite beer tank, beer transfer line, or keg.

For TPO a brewer can use an actual TPO tester like we do at Russian River with our Anton Parr TPO5000. Or the brewer can collect the following information: shaken DO, volume of headspace in the package, volume of beer in the package, and the temperature. From here you can run these numbers through a spreadsheet calculator to come up with a calculated TPO.

A side note, if a brewer knows their beer will sell ultra-fast, cans are a somewhat better package because the seam on a can does not let any oxygen in. But if a brewery’s beer sells fairly quickly I think bottles are better because the brewer will start with a lower TPO in bottles.

It is important to go a little deeper and further discuss why a shaken DO is not the complete picture compared to TPO. Before you run a shaken DO (and sometimes TPO depending on what lab equipment the brewery has) you have to shake the sample for 5 minutes. This can be done on a lab shake table or some breweries use paint can shakers. The idea is to equalize the pressure within the bottle or can. The problem is that only the pressure is being equalized between the liquid and the headspace; the concentration of oxygen, though, is not being spread evenly between the actual beer and the headspace, and thus, the shaken DO test is not a complete snapshot of the oxygen in the package.

“I never had a D.O. meter,” emails Denise Jones, who’s held managerial craft brewing, then distilling, jobs since the 1990s. “I just maintained the same standards throughout the production to make certain that oxygen was not a factor.”

Over the years, I was able to have the advantage of experience. I also would read books, pay to go to conferences, and visit friends in the industry to ask questions about their standards. Most of my career, there was no internet. No webinars, no Facebook forums. Just “old school” book learning and an education that provided me with a sound foundation of brewing. I mostly lone-wolfed it when it came to making my beers clean, clear, tasty, and oxygen-free. 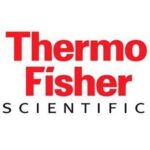