Starting January 1, 2023, changes to the Craft Beverage Modernization Act (CBMA) will require foreign producers of beer, wine, and distilled spirits to register with the Alcohol and Tobacco Tax and Trade Bureau (TTB) before their US importers can take advantage of reduced tax rates or credits on the imported products. CBMA tax benefits are limited in quantity, and foreign producers may only assign a certain number of benefits to their US importers for each category of product imported.

The Lost Abbey, considered to be one of the best American producers of barrel-aged Belgian-style sour ales is making an unusual pivot in a rapidly changing and challenging beer industry: they are ‘growing down.’

The announcement from the San Diego county brewery, which is part of the Port Brewing and Pizza Port collection, came in a detailed story from San Diego Beer News in which Tomme Arthur, Co-Founder and Chief Operating Owner of Lost Abby said the company would be putting its 30-barrel brewhouse and fermentation tanks up for sale so that they can switch over to a smaller brewing setup with single- and double-batch flexibility as well as a cellar fit for their current and projected output.

The evolution from big to smaller is a noble one. In good times and in hard times, most companies try to cut costs and grow efficiencies by selling more. Growth has traditionally been the secret sauce to success. But in an industry that has never quite followed all of the traditional rules of business, maybe craft brewers will find that growing down is more fun – and more profitable, than growing up.

The Internal Revenue Service (IRS) and the Alcohol and Tobacco Tax and Trade Bureau (TTB) descended on the Union City offices of Southern Glazer’s Wine & Spirits last week according to an article in the San Francisco Chronicle. Union City is located just across the Bay Bridge from San Francisco.

The Craft Maltsters Guild has announced that that the 6th Annual Craft Malt Conference will be held March 16-18, 2023 in Portland, Maine. The event will mark the guild’s tenth anniversary.

The conference will take place at the Holiday Inn By the Bay Hotel & Convention Center and include expect tours, educational seminars, receptions, a trade show, and networking sessions. It is the only conference that offers workshops and seminars specifically focused on the research, topics, and best practices relevant to the craft malt supply chain. In 2023, both in-person and virtual registration options will be offered.

Britain’s hospitality sector saw 2,200 venue closures in the last three months, equivalent to one per hour. The sharp increase in closures is thought to be primarily due to the rise costs of energy, food and labor.

The closures cover the full range of on-premise hospitality including the number of nightclubs which has fallen by 5.6% in the last three months alone.

Boston Beer Shipments Increased 1.4% in Third Quarter – Up 8.0% for Year-to-Date

The World Beer Cup opens for registration November 1 through November 14, 2022.

The World Beer Cup was developed by the Brewers Association in 1996 to “celebrate international brewing excellence and showcase the breadth of the global brewing community.” What was once a bi-annual event, the 2023 competition begins its new annualized cycle and will now be held every year in conjunction with the Craft Brewers Conference.

YCH and Pink Boots Society have worked together for the past six years to raise support for women and non-binary individuals, having generated over $500,000 in total scholarship funding through the Pink Boots Blend. The Pink Boots Blend is an annual hop blend that changes each year. This year’s varieties are Loral, Ekuanot and HBC 586. The Yakima Chief Hops sensory team anticipates floral, citrus, tropical and stone fruit aromas.

The UK government has cancelled a plan to freeze the duty tax on alcohol, less than a month after announcing the policy. Just last month the UK government said it would abolish a proposed increase in duty rates for beer, cider, spirits and wine and instead proposed a temporary measure to reduce the duty on some types of alcoholic beverages. The freeze had been due to take place in February 2023.

UK’s newly appointed chancellor Jeremy Hunt stated yesterday that the freeze would no longer take place, saving the government (US)$671 million a year. The tax on alcohol duty will now rise in line with inflation, as measured by the retail price index (RPI), currently at 12.3%.

The announcement was met with anger by UK alcohol industry bodies. According to an article in Just Drinks, British Beer & Pub Association CEO Emma McClarkin called the move “a huge blow to brewers and pubs”, adding the relief would have helped “keep a lid on spiraling costs and keep the price of pint affordable for pub goers this winter.”

The legendary Buffalo Bill’s Brewery, which closed in May of this year due to pandemic-related struggles is up for sale.

Founded by Bill Owens in 1983, Buffalo Bill’s is considered to be the oldest brewpub in America. It was the second or third brewpub to open in the country, following closely behind Bert Grant’s Yakima Brewing which opened as the first brewpub in America since prohibition. When California passed legislation in 1982 to allow breweries to sell food on-site, both Mendocino Brewing Company in Hopland and Buffalo Bill’s in Hayward opened up for business in September of the next year. Both claimed to be the first brewpub in California and the dispute was never really resolved

Buffalo Bill’s is perhaps best known for reintroducing pumpkin ale to American consumers in 1986. It also introduced Alimony Ale in 1987, one of the first craft IPAs. The beer carried the slogan “The Bitterest Beer in America.”

Kroger, which operates 2,721 supermarkets across the country announced today the acquisition of Albertsons. The marriage of the two largest grocery store chains in the country will have a combined total of almost 5,000 stores nationwide.

The acquisition comes when both Walmart and Amazon are growing their grocery offerings and squeezing competition in the industry. It will likely come under close scrutiny from regulators who will evaluate the possible effect on pricing for consumers already hit hard by inflation.

It is hard to predict the impact on alcohol suppliers, but it could make it more difficult for smaller suppliers to gain and maintain placement in shelf schematics as buying decisions will likely be consolidated.

Reyes Beer Division (RBD) has agreed to acquire Paradise Beverages, Inc. in the state of Hawaii. The transaction is scheduled to close in early December, according to Shanken News Daily. The acquisition adds about 8.9 million cases to RBD’s overall operations, and includes brands from  Molson Coors, Constellation, Boston Beer, Diageo, Heineken USA, Maui Brewing and others. RBD will operate the business as Hawaii Beverage, LLC and will maintain all five existing distribution facilities across the state.

The Paradise acquisition makes Hawaii the 12th state that Reyes will now sell beer in.

View a full list of the medal winners here.

GABF Awards Ceremony Will be Live Streamed This Saturday

Not in Denver for the Great American Beer Festival this weekend to watch the awards ceremony? No problem.

You can watch the awards ceremony live from your home (or brewery). The event will be live streamed this Saturday, October 8, 2022 starting at 10:00 am MT. Click here for here when the time comes.

The industry has yet to see a significant number of closures, which many predicted would occur when the pandemic hit. But there does seem to be an uptick in breweries going out of business or looking to sell, as the post-pandemic environment becomes more and more challenging for small brewers.

Where were you in 1982? A handful of esoteric and creative new-age “microbrewers” gathered in Boulder, Colorado for one of the first modern day beer festivals in the country. The Great American Beer Festival was born.

This year marks the 40th year of the GABF which runs this weekend in Denver between October 6 and 8th.  There will be more than 2,000 different beers served from five hundred breweries over four sessions. Over 10,000 beers were judged.

A new feature this year will be the…..

The Beer Institute released its monthly unofficial estimate of domestic tax paid shipments by beer brewers for August 2022, which showed an increase of 2.4% compared to August 2021 removals.

The UK government is abolishing a proposed increase in duty rates for beer, cider, spirits and wine and instead proposed a temporary measure to reduce the duty on some types of alcoholic beverages.

The announcement was made in a mini-budget delivered by UK Chancellor of the Exchequer Kwasi Kwarteng, during which the government detailed its plans to cut taxes and provide relief to inflation hit business. Kwarteng said that the government will extend draught relief to cover smaller kegs of 20 litres and above to help smaller breweries.

More details on the story here.

Last July the New Jersey Division of Alcoholic Beverage Control (ABC) released new restrictions on breweries in the state such as limiting the number of events a taproom can host annually, placing a cap on the number of special events a brewery can hold and prohibiting food trucks at breweries among other restrictions.

Last week, Death of the Fox Brewing, in Clarksboro, NJ, filed a lawsuit against the ABC in a state appellate court contending that the state is unjustly limiting breweries’ rights to free speech by limiting the amount of advertising they can do. The brewery also claims that the ABC didn’t follow the proper procedure to enact the rules, like going to the state legislature for approval and holding a public comment period as codified in the state law.

More on the story here.

In the slow but steady train of recent craft-on-craft acquisitions, Urban South Brewery in New Orleans has announced the purchase of Florida-based Perfect Plain Brewing Co.

Under the agreement, Urban South will assume operations of the hospitality brand that owns and operates four concepts in Pensacola: Perfect Plain Brewing Co., Garden & Grain, Perennial and The Well. The transaction will officially close on October 1, and all entities will retain their current brands, operations and staff.

D.C. Reeves, founder of Perfect Plain Brewing Co. was recently elected as Pensacola’s next Mayor. The sale of the brewery will allow him more time to focus on his new civic duty. 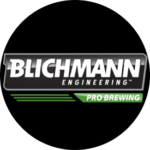