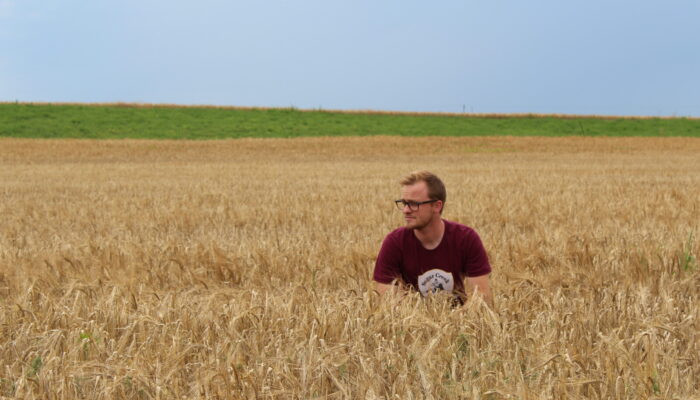 As craft malting continues to rise in popularity and farmers are reviving traditions, brewers are looking for ways to have their beer stand out on the marketplace. While rauchbiers aren’t breaking any sales records there is a loyal set of fans who are looking for a smoky fix.

Some craft maltsters, like Caleb Michalke, the owner and maltster of Sugar Creek Malt in Indiana has taken to creating specialty smoked malt that appeals to today’s modern brewer. He spoke to Beer Edge editor John Holl.

California grown, small batch, floor malted, and freshly kilned grains for the soul of your beer. Support your community of local farmers and maltsters.

John Holl: How did you come to craft malting?

Caleb Michalke: It was a lot like brewing was in the 1980s, you know, early 80s and early 90s, in that we had to build our own equipment. We couldn’t go out and buy malting machines, those didn’t exist back then. I mean, they exist, but they still weren’t very economical. Most new malt houses are still building their own malting machines. So yeah, it was a lot of just trying to figure things out those first couple of years.

It was the same thing with agriculture. We didn’t know what varieties to even grow here. We started growing North American varieties in Indiana that were bred for originally for Canada and Montana and they just didn’t grow here at all. So we ended up finding some companies from Europe and brought some European varieties over and that just drastically changed the malt quality that we were able to produce. So that was huge.

John Holl: With Europe in mind, is that how rauchmalt came about?

Caleb Michalke: I really wanted to keep pushing the limits. So, we built a cold smoker that we now produce the most amount of cold of smoked malt. Now we have a largest list of cold smoked malt you could ever want.

Then 2018 came along and we hand built our roaster that we put it in a trailer that we can actually take the festivals and roast on site. So we’ve done that quite a few times, we’ll take we’ll take the roaster to a Beer Fest or to you know, some event and roast on site and then leave it there at the brewery and they can make a rauchbier with it.

I’ve had I had some people make a chocolate corn and caramel corn cream ale. We did that with Storm Cloud Brewing in Michigan. It turned out awesome. It was this dark, tart corn Cream Ale is and was pretty neat.