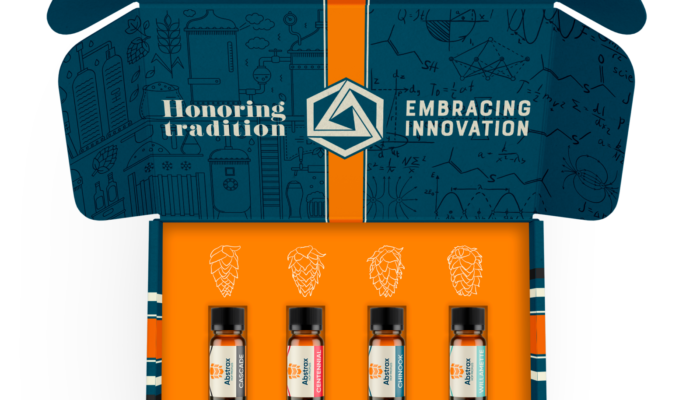 3D Mapping of Hops to Pinpoint Flavors and Aromas

In thinking about sustainability and flavor, a California company has been 3D mapping hops to create natural, optimized hop extracts to beers giving brewers a chance to dial in recipes to exact specifications.

“By understanding and being able to pinpoint compounds in hops, triangulate sensory and expectations off of what we think it could be, we have created a more true to type variety,” says Ross Hunsinger, Director of Food and Beverage Innovation for ABSTRAX.

Small-Scale Carbon Capture - Earthly Labs technology is uniquely designed to capture carbon dioxide waste from smaller sources, you reduce emissions and have a valuable product to show for it.

True to type can mean different things to different breweries. Hunsinger says the technology developed can help pinpoint specific flavors and aromas in hops while “taking out the noise.”

“We can identify undesirable compounds and hit the mute button on those and reconstitute in a format that removes compounds that can cause off flavors or introduce hop creep,” he says.

This is achieved, according to the company through the following steps:

Step 1 – Fresh Hops are tested and 3D modeling of the target hop profile is undertaken.
Step 2 – Input materials are selected, extracted, and refined.
Step 3 – Botanical ingredient standardization and molecular distillation is done.
Step 4 – Varietal specific custom formulations are reproduced.
Step 5 – (Optional) Customize flavor, aroma, or effect profile.
Step 6 – Select the final application (Oil-Soluble, Water-Soluble Liquid or Powder).
“By utilizing this methodology, the brands we work with are already able to supplement up to 75 percent of their dry-hopping using our novel hop terpene solutions,” Says Hunsinger, who is also a graduate of the Siebel Institute of Technology. “This means for every half a fluid ounce of our solution brewers can replace one pound of dry hop material – resulting in a staggering 30 percent increase in product yield and additional savings.”

Brewers working with the company can also highlight flavors and aromas that they want from hops. At the annual hop harvest, brewers who look for specific attributes from varietals for their beers can now get the same results from these compounds.

“Think of it as a cheat code,” says Hunsinger.

It can also be a cost effective practice, the company says, highlighting:

• 0.5 fl oz can supplement up to 1lb of T-90 pellets
• Increased efficiency and beer throughput up to 30% from reduced product loss
• Less water is required during the brewing process
• Doesn’t stick to the tank

Hunsinger thinks a lot about climate change and the impact weather and destructive forces, like fires, are having on farms.

“We’re seeing ourselves bumping up hard against the limits of what it takes to live here,” he says. By creating a record of hops in this form he says brewers will be able to continue to bring flavor and aromas to beer. He also said in a phone conversation that the company is working on smoke remediation from lots of hops that have been affected by fires.

The company is also mapping out hops at the end of its lifecycle or perceived usability.
“Whether it’s pellets or whole cone there are usable compounds that we can pull out and assemble hop flavor,” he says. “We don’t want anything to go to waste.”