Millcraft Spring Kickoff! Buy a Truckload of Cans in May   Register to Win A Yeti! 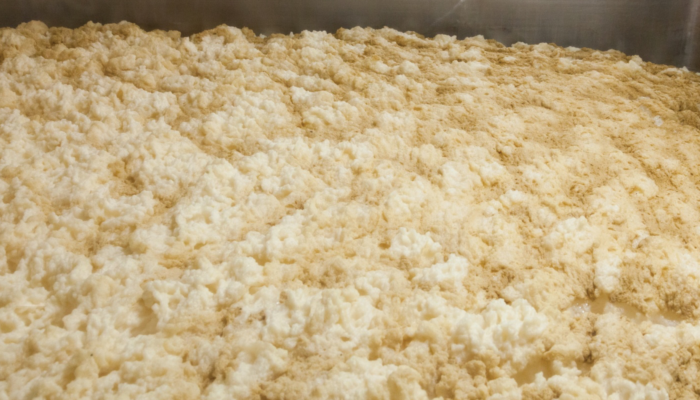 Sour has become a catchall word for a variety of beers, including what many breweries call “mixed-fermentation.” As the United States nears 10,000 breweries, finding a way to stand out has become both critically important and increasingly difficult. Cultivating a house yeast culture or experimenting with different yeast strains are ways to create beers that are uniquely yours.

“One thing that really interests me, especially in the last couple years or so, is working on different ways to manipulate our mixed culture to produce different types of flavors. When I first started dabbling with them, I was basically running a rudimentary yeast lab that I put together in an extra room, and I was managing multiple different blends.

“I think I was working with something like 20 to 30 different microbes. I got my undergraduate degree in microbiology, so I have a little bit of an understanding of this stuff, but it’s a little bit old. I was doing this on a really rudimentary level and I’m somewhat embarrassed to say that I actually don’t even own a microscope right now, I’ve been putting my funds into other things.


“But I have looked at our mixed culture under a microscope, and it doesn’t tell me as much as my anecdotal experience does or as much as sensory does. It’s just about monitoring fermentations figuring out how long it takes for this to happen versus what’s about to happen. I think our mixed culture is relatively soft, especially compared to a lot of laboratory strains.

“I think that’s one thing that a lot of breweries get wrong when they try to make these sort of styles is they don’t include enough biodiversity. Meaning they use just one [Brettanomyces ] strain. Brett doesn’t have a huge genome compared to Saccharomyces. It produces some interesting flavors, but if you use one or two strains of Brett, you’re going to get some really dominant, over the top notes. Those might be some nice flavors, but they’re not going to be in balance. It’s not going to be subtle, and in my opinion, doesn’t create a really drinkable product.

“I originally put 16 strains in our mix culture. And when I first did it, it was actually just kind of an experiment. I just wanted to see what would happen and, and the beer turned out really well. I kept kind of reusing that mixed culture and I was this was about I guess, six years ago now or so that I had a 20-gallon system in my garage when I was still working as a head brewer at another brewery.

“Once I started messing around with – what is today our mix culture – I think I fermented for five beers with our mixed culture and decided, you know what, I’m just going to focus on this one because this keeps producing my favorite beers.

“They weren’t quite as predictable then from a fermentation standpoint as they are now. But, I felt like ultimately I wanted to open a brewery and I didn’t want to open a microbiology lab. And so I decided to kind of really focus just on that one mixed culture and in the last couple years, learning more about how I can manipulate the flavors.”