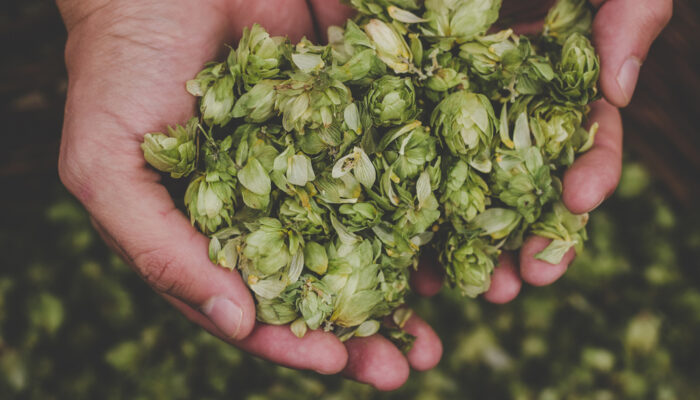 Last year offered challenges to hop growers in the United States. What will the new year bring? Are there enough acres planted? What hops are in demand? How did last summer’s heat event in the Pacific Northwest change the crop and alter future plans? Eric Desmarais, the owner of CLS Farms in Yakima, Washington has been involved in the industry for a long time and has perspective on the year-to-year machinations of crops as well as a proper outlook for the new year.

“In 2022 we probably feel like the acreage is sufficient to supply craft. I think you’re going to see if it can be modified without overdoing it. It will be flat to slightly increased. Within that [current] acreage base I suspect to see a lot of rotation away from varieties that don’t have quite as much demand as they had before, and [farms going] heavy into new varieties that have that have increased demand. I think there’s enough acres in the ground to supply craft with its needs. I do think the 2021 crop, in spite of all the challenges, is big enough to supply a craft.”

Hops On the Rise

“I think you’ll see more Strata get into the ground. That’s one that is really gaining some steam. We have a variety called Zappa and that one is a lot of fun that craft brewers are having run with and has some good legs underneath it.

I think you’ll continue to see the next up and coming generation of proprietary varieties keep expanding, which is great. That’s what craft wants, and we have met that demand. I think craft brewers are still trying to get their feet under them on what to contract and when to contract.
For small craft breweries, especially on the newer varieties that you’re interested in, contract those. Lock those up. It’s in our best interest because those will continue to be tight and hop growers generally don’t do a ton of speculation.

My recommendation is that I would continue to contract as much as you feel comfortable with, although, as hop growers, we understand the challenges that brewers face with trying to deal with COVID and the crazy demands it has put up.”

“The heat we had could be called a 1,000 year event, but clearly things are changing. We have 100° days and up to 107° but 115° was abnormal. After we got through it, we thought it was fairly amazing that the plants could handle it as well as they did. Then we found that certain varieties did much better than others. I think modifying some irrigation techniques and how we handle the plants helps.

In Britain there are breeding programs that are focused on varieties that can withstand heat. I think the hop grower base tends to be progressive and I don’t think there is any lack of acceptance of the fact, in the hop industry, that climate change is upon us. What we do now is important. We’re not putting our heads in the sand.”