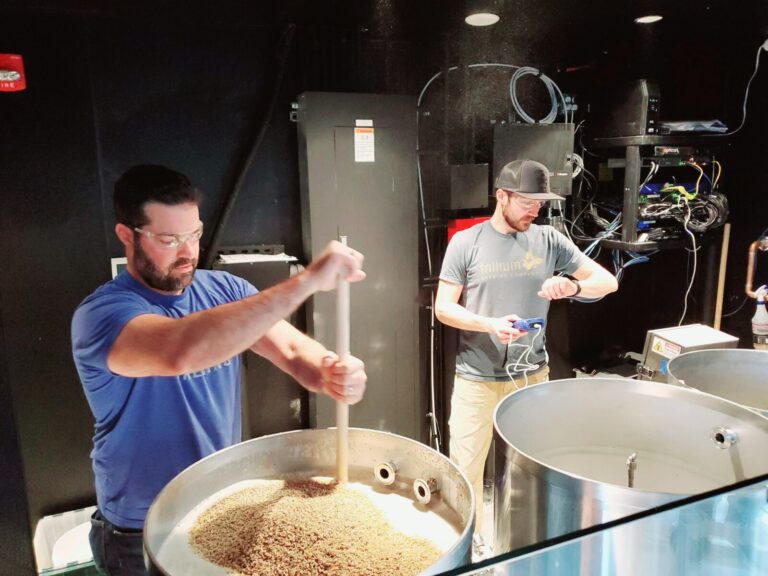 On January 12, 2023, the USDA National Agricultural Statistics Service released its annual 2022 Crop Production report and its quarterly Grain Stocks report. To break down the reports and get an outlook on malted barley for 2023, we recently spoke with Ashley McFarland, the Vice President – Technical Director for the American Malting Barley Association (AMBA).

AMBA is a trade organization that represents brewers, distillers, and maltsters. Here’s what she had to say.

“What was good to see is that we didn’t have any surprises,” says McFarland. “We kind of knew where we were coming off the harvest at the end of September. And today we didn’t have a whole lot of changes.”

In comparing the 2022 production to 2021, things get a little choppy. “So we had forecasted about a 45 percent increase in production from 2021,” McFarland says. “But keep in mind that in 2021, we saw a 30 percent reduction so it’s hard to compare this year’s crop to the year before because it’s just not a good comparison.” McFarland points to the significant drought experienced in this country’s top malted barley regions, including Idaho, Montana, and North Dakota. There were fewer acres harvested in 2021 but the yields of those acres were also lower. “If you look at how many acres we had planted in 2021, we were on track to be kind of average,” she says. “But some of that acreage was so sparse in terms of the actual grain that was being produced that it wasn’t even harvested. And that actually led to needing us to import barley, internationally outside of Canada, for the first time in a long time.”

McFarland is positive about the 2022 production and what it means for brewers. “Brewers should expect really good high quality malts coming from their maltsters,” she predicts. “It’s looking a lot better. One of the main issues that we had from 2021 in the drought is higher protein in the grain and then in the resulting malt. And that can be a problem in the brew house process, of course. And so we are not seeing those same protein issues this year, even though we had some acreage under drought stress. It just wasn’t as widespread and as much of an issue this year. And so hopefully, protein will be back to a normal situation.”

McFarland also notes that the issues of pre-harvest sprouting, where mature grain prematurely starts to grow due to late season rain, appear to be reduced in 2022 as compared to 2021. “North Dakota and Minnesota received a lot of rain in the spring,” McFarland notes. “So when we were trying to get in the field and get the barley in the ground, that planting got really delayed. And so there was concern, whether or not those acres would get in, and then whether or not the quality would be good. For the most part, even out of those areas where we got the crop in late, we’re still seeing pretty good quality come from there. So a lot of the concerns that we maybe had throughout the season don’t seem to be materializing too much, and that the quality for the most part is looking pretty good.” McFarland notes that Idaho, which is one of the country’s largest growing regions, actually recorded record yields.

In looking to the future, McFarland notes that weather and climate change will continue to impact malted barley production and it is something AMBA and its members are keeping a close eye on. “We were able to really kind of bounce back from 2021,” she notes. “We definitely had a better year, the data definitely shows that. But we need to be mindful that we are still in drought conditions in a lot of parts of the country including in some of those barley regions. Barley can handle a certain level of drought, that’s not a bad thing, because too much water is also a major issue for barley. But we need to be mindful that the drought has not gone away. And so if we have another dry summer, we could very well spiral back into those issues we had in 2021.”

McFarland also suggests that brewers look to local maltsters to help supply their malt needs. “I do think that there’s unique opportunities for folks to think about risk management and how they can localize some of their grain procurements,” she says. “And I think that also allows you to tell a unique story with your brand. So it’s just something to consider and think about.” She also suggests brewers consider using winter barley as well. “It’s something I think is worth embracing, because there’s a lot of environmental benefits to using winter barley,” she says. McFarland also notes winter barley varieties offer some different characters and flavors from non-winter barley.