» Production » Beyond Beer » Flavor Synergies – Finding What the Consumer Wants 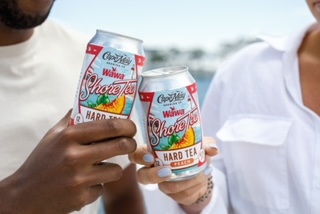 When New Jersey’s Cape May Brewing Company announced earlier this week that it was teaming up with regional convenience store chain Wawa to produce a line of flavored hard teas, there was much rejoicing among consumers online.

Wawa is an institution, a scared stop for commuters and road trippers alike, where a sandwich is not complete without a store labeled iced tea. That Cape May was going to make a boozy version, and in peach flavor no less, was really giving consumers what they wanted, especially down the Jersey Shore, where hard seltzers and flavored malt beverages rule the roost in the hotter months.

For over 80 years, Scott Labs has been providing fermentation products and filtration media, equipment, cork & packaging solutions for wineries, breweries, cideries, distilleries and beyond.

“We approached the process of making this tea similar to how we make our seltzers. We kept it simple, just like if you were going to make tea at home. Fortunately, we were able to use the same ingredients that Wawa uses in their peach tea,” said James Fox, Director of Brewing Operations, Cape May Brewing Company in a press release. “After the alcohol was added, we had several benchtop trials to dial in the ratios and flavors. We are really happy with how this turned out; it’s easy to forget that it’s hard tea.”

In this age of pastry stouts and fruited kettle sours and when IPAs can be dosed with candy and pies, there is a race to find flavors that resonate with consumers outside of the beer world and then deliver them to a pint.

For the brewers that are dabbling with flavors and ingredients, knowing what drinkers want versus just guessing is important. There are consultants and sales data that some use, and can be helpful for those with deeper pockets, but there is still something to be said about shoe leather.

Walking the aisles of package stores and seeing what the larger brands are pushing, be it salt and lime, or cinnamon, or exotic fruit combinations, those companies have put the research into those offerings and a smaller brewery can use that as an advantage. Stick around the store for a little longer, too, and see what actually is being purchased.

Cape May Brewing teaming up with Wawa is another in a long-line of co-branded partnerships that take a well-known flavor or flavors from a non-beer company and pair it with a beer or alcoholic beverage. Narragansett has been partnering with Rhode Island Italian ice maker Del’s for years now for a summer shandy release.

Finding a local company that offers up a beloved treat and partnering with them to create a beer or beverage helps both companies with viability and gives drinkers a chance to connect deeper with brands they love. This can be done through beer, hard seltzer, teas, coffees, and more.

“We were excited when Wawa reached out to us with the possibility of collaborating. We’re huge fans, and many of our crew members make Wawa a regular part of their routines,” said Ryan Krill, CEO & Co-Founder, Cape May Brewing Company. “We’re thrilled that we have the opportunity to continue to expand into the hard beverage space with an incredible partner to bring fans a product that they’ll love.”