Denise Jones learned early in her beer career that oxygen is the destroyer of finished beer.

“No one wants a beer that tastes like wet newspaper or cardboard. As well, oxidized hop flavors and aromas are reminiscent of wet dog and old cheese,” says the 30-year international brewing veteran who earned a degree from the American Brewers Guild.

Carbonate your beer precisely with our xFlowCO2 systems. Reduce oxygen levels and preserve the integrity of the beer with our H2ODeOx systems. For over 15 years, QuantiPerm has served the brewing industry with innovative instrumentation solutions. Count us in to partner with you to improve process efficiency and product quality. Explore a whole new level of Quality Control with Quantiperm.com.

Without the Internet or a dissolved oxygen (DO) meter to consult in the 1990s, Jones attended conferences and visited trusted friends’ breweries to learn how to minimize oxygen pickup at every step of the cold side of the brew, where it can cause the most harm to a beer’s longevity. What she discovered was that even without the benefit of pricey gadgets, she could pretty effectively keep oxygen from entering her lines and tanks — at least before and during transfer — if she carefully practiced two P’s: purging and pressurizing.


She says, “Purging lines with CO2 and walking the lines out to make certain that no water or sanitizer were remaining as residual liquid was imperative. Same with purging serving tanks or bright beer tanks; after proper cleaning, rinsing and sanitation, using CO2 to pressurize the tank and to purge all remaining sanitizer was also a must. Pressurizing the tank from the bottom (because CO2 is heavier than oxygen) is also a technique that helps assure that the beer that is being transferred into the tank will always have a heavy cloud of carbon dioxide to keep the beer from ever touching oxygen. Every time that I hooked a hose up to a tank, I went as far as bleeding CO2 into the small space between the two valves to make certain that everything that the finished beer touched was devoid of any oxygen.”

Though they may not always apply the same methods, most experienced brewers say eliminating DO during beer transfer is one of the most important keys to achieving flavor stability and shelf life.

New Belgium Brewing brewmaster Christian Holbrook says, “Anytime we move beer in process, we risk DO pick-up and thus beer transfers are usually the focus of our energy before packaging.”

Vinnie Cilurzo, co-founder of Russian River Brewing in Sonoma County, California, agrees that pre-packaging, “Once the wort is in the fermenter, achieving a low DO is all about keeping oxygen out of the beer transfer lines and tanks.”

He says in addition to CO2, brewers can also use nitrogen or de-aerated water (DAW) to flush the beer lines and purge the tank. This proves especially important when they’re sanitizing with peracetic acid (PAA), which is an oxidizer.

“I have found the best method is a low and slow flow of CO2 from the bottom of the tank I am trying to purge,” he says.

Grant Wood, who founded Revolver Brewing in Texas after decades as senior brewing manager at Boston Beer, read The Practical Brewer for DO basics around the time he attended Siebel Institute of Technology in the late 1980s. Regardless, he believes the best experience is practical. So what has his lengthy experience taught him?

“Packing the lines with deaerated water before the beer, and pushing with deaerated water to clear the lines to the tank are the primary ways to reduce DO and protect the beer,” he says. “If the beer is in the tank, and the DO is high, the only real solution is to purge with CO2 to reduce the oxygen level. The CO2 will also scrub aromatics out of the beer, but at that point you must ask yourself where the greater damage will arise: premature oxidation or reduced aromatics in the beer? Tough call. If you have more beer that is ‘in specification’ there’s a possibility of blending, but again, there’s no simple answer.”

Also, cautions Daytona Camps, brewer at Celis Brewery in Austin, “CO2 will carb your beer so you gotta keep an eye on that. If the beer is already carbed to our desired level then nitro is chosen. However, this may cause issues with head retention and may risk throwing off mouth feel.”

That said, she also warns, “Not all tactics work in every brewery so you need to learn how it can work with your system and setup.”

Moh Saade, director of brewing operations at The Tank Brewing in Miami, is fortunate to work at a small but modern brewery that invested in a DO meter when it opened in 2015. He calls it “one of the most important investments a brewery can make to ensure product quality and consistency.”

He says, “I am proud to say that we have been able to achieve consistently very low DO levels in our product throughout brewing and cellar operations, especially for a brewery our size! Our typical numbers are under 5 or 6 ppb in bright (often well under) and under 10 for heavily dry-hopped beers. We haven’t had many DO scares on the cellar side. Every now and then a loose fitting or ruptured seal has led to higher numbers, but having invested in a full lab including a PPB DO meter on day one has made it easy for us to quickly narrow down the issue and rectify it.”

Many brewers, in fact, believe a DO meter ranks among a brewery’s most important investments.

Brewers who can afford it can certainly benefit with every batch. As Wood says, “Dissolved oxygen in beer is not just a ‘one-time’ occurrence. It’s an endless battle for quality.” 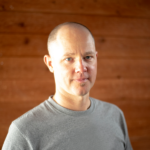 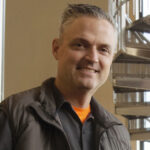 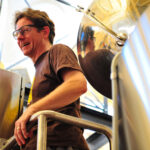 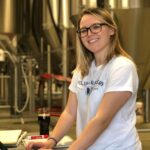 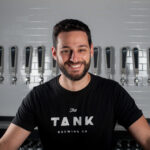