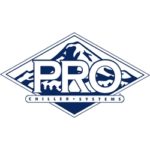 It's all about keeping your craft cold

Back in 1990, Jim VanderGiessen, Sr. and his son, Jim Jr., started Pro Refrigeration Inc. because their customers needed something that didn’t exist. So they put their heads together and found a way to design and manufacture their own equipment for niche cooling applications like craft beers, wineries and dairy farms.
Pro was started with a mission to design and produce a chiller system their customers could rely upon.
Not an easy task. But Jim Sr. brought to the table over 30 years’ experience as a leading refrigeration contractor in the Pacific Northwest. And Jim Jr. focused on welding and fabrication. Together, they spent years finding the best components, testing countless configurations, and ultimately developing what has grown to become one of the leading names in Packaged Chiller Systems in the United States.
Pro still believes you’re only as good as your word.
The first Pro Chiller Systems were sold to local dairyman near the company’s Pacific Northwest headquarters–often with only a handshake and their word that it would provide the solution needed. Twenty-five years later, many of those original customers still rely on their Pro Chillers to operate and grow their businesses. Pro has worked hard to build a reputation for building quality equipment and more importantly, a company that stands behind the equipment they build and sell.
And as these markets have grown, Pro has grown with it. They continue to expand its products and capabilities to maintain its position as a leader in these industries. We stay a leader mainly because Pro constantly answers the challenge when a customer’s cooling load outgrows their product offering, resulting in an unmatched product offering range from ¾ HP up to 220 HP Packaged Chiller Systems.

If we don’t have the right chiller for you, we’re pretty sure we can build it.