You are here: Home / Archives for General News

Platform Brewing has temporarily closed its two taproom locations after the entire taproom staff walked out citing grievances around safety.

Employees at the Columbus, Ohio brewery have said that their concerns regarding covid safety were repeatedly ignored, and that the brewery prioritized profit over employee safety.

The brewery was bought by Anheuser-Busch in 2019.

Non-alcoholic beer sales soared in New Zealand in 2020 with an increase of 105% while overall, beer consumption was down 1.4%. Both spirits and wine increased in 202 with growth of  5.2% and 4.3% respectively.

There are at least 257 commercial brewing operations throughout the country.

Although Dogfish Head Craft Brewery has been in the distilling side of the industry for 18 years, they have now made the leap into the canned ready-to-drink cocktails business.

Beer drinkers in Australia are being warned to check their cans after a recall was issued for one product over fears of ‘exploding’ cans and higher alcohol content than stated due to secondary fermentation.

Deschutes Brewery has announced the acquisition of Boneyard Beer. Both breweries are located in Bend, Oregon.

Despite the rapid growth of hard seltzers and other non-traditional beer products, IPA’s are well-positioned for continued growth in the years to come, according to a category report by Drizly.

The Brewers Association is now accepting research and service grant proposals for 2022.

Brewers in the Pittsburg area have formed the 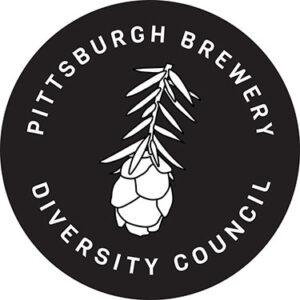 dedicated to expanding opportunities for underrepresented people from brewhouse to taproom.

At least 22 Arizona breweries are participating in a collaboration IPA called Rebuild the Guild to support the Arizona Craft Brewers Guilds. The India Pale Ale is based on Dragoon Brewing Company head brewer Eric Green’s base recipe and sold at each of the participating breweries.

Beer sales in Germany fell by 5.5% or 508.2 million liters in 2020 compared to the previous year, according to the Federal Statistical Office. The figures do not include alcohol-free beers and malt drinks, as well as beer imported from countries outside the European Union (EU).

A film examining the challenges of being a Black woman in the craft brewing industry was recently featured in the 2021 Sundance Film Festival.

A collaboration beer project has been initiated to shed light on mental health issues.

Beer! A Love Story, is a new full-length documentary that includes interviews with industry members across six countries to provide a current viewpoint of the modern state of beer.

The Rise of the ‘Members-Only’ Brewery

Over the last 10 years or so, some breweries have incorporated the concept of members-only clubs into their business strategies as a way to pre-sell exclusive brands within the portfolio. But these limited-access clubs typically represented only a portion of the brewery’s overall production.

The Brewers Association has released its Beer Style Guidelines for 2021. Reviewed and revised annually by the BA, these guidelines serve as a model resource for brewers, beer judges, and competition organizers.

It has been a grueling, long hard challenge for many in the hospitality and alcohol beverage industry just to stay alive over the last year. With declining Covid cases and deaths and the vaccine slowly but surely rolling out, many in the industry are asking “what’s next” for the industry and the economy.

Brewery Owner is Appointed by Biden Administration to SBA Position

Julie Verratti, owner and operator of Denizens Brewing Co. in Maryland, was appointed to serve as an associate administrator of field operations for the U.S. Small Business Administration under President Joe Biden. She will oversee nearly 80 offices responsible for providing services to the country’s small businesses starting March 1.

Beer Prices and Consumption Around the World

Beer prices vary wildly around the world as does consumption in each country. The financial website Expensivity conducted an unscientific survey to determine the price of a beer in 58 countries. The study reveals both the cost and consumption of beer around the world.

2021 was the first time the Craft Maltsters Guild has hosted their annual conference virtually, and the first year the guild opened up the awards competition to international malthouses. 28 malthouses from seven countries, 17 states, and one province submitted a total of 46 entries spanned 29 different malt barley varieties.

Ancient remnants of a brewery, possibly the oldest ever uncovered, have been discovered in Abydos – an ancient burial ground in the desert.

In collaboration with the Siebel Institute of Technology, the Glen Hay Falconer Foundation is offering two full-tuition brewing education scholarships in 2021.  The scholarships are full tuition grants and come with travel/lodging stipends.

Beer Marketer’s Insights estimated that total craft beer sales were down by 8.3% last year, a drop of 2.25 million barrels.

People in the News: Julia Herz Sets Up Consulting Firm

Well-known industry veteran Julia Herz has set up her own consulting firm, HerzMuses Enterprises to provide media and communications consultation, motivational speaking and marketplace analysis. Julia was a longtime employee of the Brewers Association before the BA let go 17% of its workforce in June after an initial workforce reduction of 23% in April.

Grupo Modelo, a subsidiary of Anheuser-Busch InBev has filed a lawsuit against Constellation Brands claiming that Constellation’s use of Corona Seltzer has breached their deal on the use of the Corona brand name by applying it to a product other than beer.

A U.S. District Judge has issued a temporary restraining ordering Anheuser-Busch to halt Michelob ULTRA Hard Seltzer ads that claim the seltzer is “the only” or “the first national USDA certified organic hard seltzer.”

21A Goes Nationwide with Hard Seltzer

In yet another indication that the industry is betting big on hard seltzers, San Francisco Bay-area based 21st Amendment Brewery is rolling out their SOMA Hard Seltzer brand nationwide.

Wineries Turning to Distilling for Diversification

Even before the pandemic, alcohol beverage manufacturers of all sizes have learned that a diversified business model provides some amount of additional security. And like their brewer counterparts, many winemaking operations are turning to distilling spirits.