» Beverage Industry News » ‘Seal of Independence’ Rolled Out by BA

‘Seal of Independence’ Rolled Out by BA

The Brewers Association has made a new seal designed to help consumers identify independent breweries. The seal is available for use free of charge by any of the more than 5,300 small and independent American craft brewers that have a valid TTB Brewer’s Notice, meet the BA’s craft brewer definition, and sign a license agreement. It is available to both member and non-member breweries of the BA.

It features a beer bottle shape flipped upside down, signifying that craft brewers have upended beer.

“Independent craft brewers continue to turn the beer industry on its head by putting community over corporation and beer before the bottom line. They continue to better beer and our country by going beyond just making the beverage. These small businesses give back to their backyard communities and support thousands of cities and towns across the U.S.,” said Bob Pease, president & CEO, Brewers Association, in an association press release. “As Big Beer acquires former craft brands, beer drinkers have become increasingly confused about which brewers remain independent. Beer lovers are interested in transparency when it comes to brewery ownership. This seal is a simple way to provide that clarity—now they can know what’s been brewed small and certified independent.”

All 19 of the Brewers Association board members approved the initiative, Pease said, adding that each of the 16 brewery representatives committed to printing the seal on packaging. Boston Beer Company, the second-largest U.S. craft brewery, and Maine’s Allagash Brewing Company are among the initial breweries that have agreed to place the seal on their packaging. 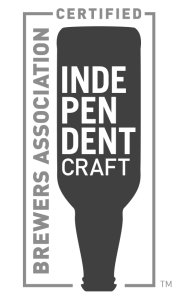 “Craft brewers build communities and the spirit of independent ownership matters,” said Allagash founder Rob Tod, who is chair of the BA board. “When beer lovers buy independent craft beer, they are supporting American entrepreneurs and the risk takers who have long strived not just to be innovative and make truly great beer, but to also build culture and community in the process.”