Another day, another deal.

Pioneering Anderson Valley Brewing in rural northern California has sold to industry veteran Kevin McGee and his family. The terms of the deal were not disclosed.

Founded in 1987 by chiropractor Ken Allen the brewery is know for its flagship brand Boont Amber. The brewery was sold to Trey White in 2000. “I’m proud of what we’ve built, and the McGee family shares our passion for the brand, the beer, and the ethos,” White said in a press release. “We believe we’ve found the perfect steward to lead the company forward. Kevin’s combination of business acumen and passion for quality beer make him ideally suited for the role.”

Classified by the Brewers Association as a regional craft brewer, AVBC is one of the 75 largest craft breweries in the U.S. and is distributed in over 30 states. McGee has worked in both the wine industry and craft brewing industry and is a graduate of the Executive Program at the Stanford University Graduate School of Business and has been an attorney for over 20 years.

“Anderson Valley Brewing Company is a very special place. For over three decades the brewery and the people there have consistently produced world-class beer and my family and I are very excited to be a part of its future,” said Kevin McGee. “The pioneering and innovative spirit is a critical part of what makes Anderson so special, and we’ll focus on amplifying that spirit rather than changing anything. There’s a nearly limitless appreciation for delicious beer, and despite huge growth in the craft category it still only represents 14% of the overall beer market. With its tremendous product and culture, Anderson Valley and small independent breweries like it are very well positioned now and moving forward.” 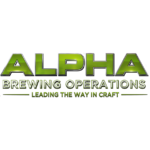