You are here: Home / Major Brand News / ABInBev Aims for ‘Next Corona’

Of all the attempts by beer makers to develop the “next Corona,” all have failed. Corona continues to be the top import and continues to show impressive gains year after year. Presidente, Pacifico, Victoria and others have failed to come even close to the popularity of Corona. Now Anehuser Busch InBev is making another attempt to compete in the import market.

After initial text markets in the U.S., ABInBev is now brewing Cerveza Patagonia Pilsner, a popular Argentinean beer, in their Fairfield, CA brewery and will be opening up additional markets in the western U.S. The brand has been re-packaged for the domestic market and will roll out in draft and 6/12/24 long necks. A national roll-out has not been announced, but if the text markets show results, a national ad campaign and roll-out might be seen this summer. 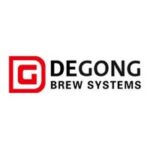